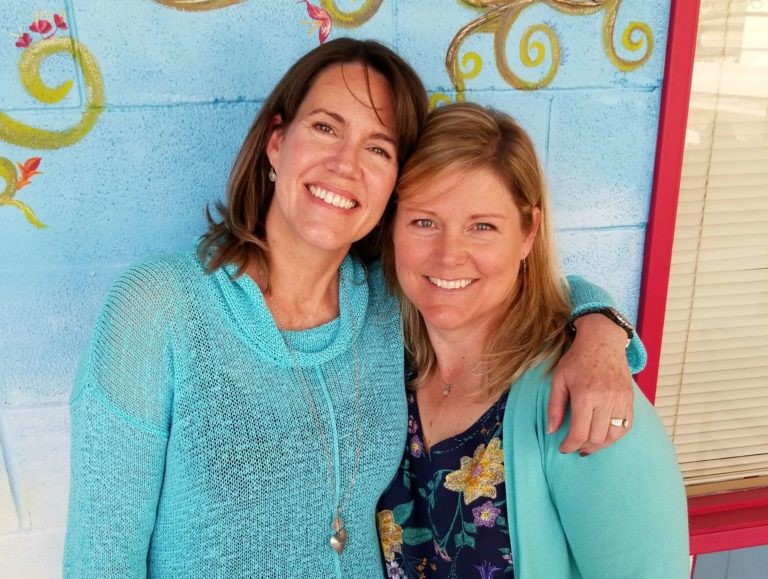 We’re sitting in the entrance hallway of the BB4CK kitchen after Val and Lisa have returned from their route delivering lunches. They’re both dressed in blue and match the Loud Art Society mural behind them wonderfully, “it’s so colourful here, it’s one of the things that first drew us in” remarks Val as Lisa agrees and adds, “there is a special energy as you walk down this hallway, and it just opens up into the kitchen. It’s lovely.” The two women share how that feeling was one of the things they remember about first visiting the kitchen during Doors Open YYC last September – that and the black bean brownies.

Val and Lisa have known each other for 25-ish years and starting volunteering together delivering lunches last fall. “Our husbands are best friends” Val shares, “with our children being out and on their own, Lisa and I suddenly felt we had too much time on our hands. We wanted to do something socially conscious, we wanted to volunteer, and quite honestly we weren’t sure where to go.” The two discovered Mealshare and through them, learned more about BB4CK.

“We talked about volunteering for quite some time and here it just felt right to the core. The little amount of time it takes to go deliver lunches and the reciprocal feeling of giving is really a gift for us. It is such a kind gift,” says Lisa. Val jumps in, adding, “it’s like when the Grinch feels his heart grow three sizes that day, every day,” the duo erupts into joyful laughter that fills the hallway, “That’s what we get from it. You feel it in your heart!”

Not only do Val and Lisa deliver lunches each week, they have made their volunteer time a social event and introduced many of their friends to BB4CK and delivering lunches. “We live in separate quadrants of the city, so we could go months without actually seeing each other and now I get the pleasure of getting to see Val every single Tuesday. It’s something I really look forward to,” says Lisa as Val nods her head in agreement, “we get to catch up each week, chat, commiserate, as we drive around the city.

“I’ve got a really great community of women around me and I think it’s important to share your experience. Awareness is everything, people may not know about BB4CK or Mealshare so it’s about getting the word out,” says Val. The group now bring a number of friends volunteering with them and always end their morning off by going out for lunch together to a new Mealshare restaurant every Tuesday, “it’s become very festive, very familiar.”

Establishing that familiarity through friends can play a large part in breaking down any barriers a new volunteer may feel. “Sometimes I get stopped by an overwhelming feeling of unfamiliarity, hesitation, and not knowing where to help. Once Val got to know Mealshare and we connected at Doors Open, BB4CK became familiar and any hesitation disappeared since we were volunteering together. Donating your time is one thing, but implementing and executing is the next step, and it made it easier knowing I was with my friend. Once its familiar you’re just like c’mon guys, let’s all do this!” shares Lisa. “Exactly! It’s meaningful to give back for everything we’ve been given.” adds Val.

“Volunteering to drive lunches is such a small part and small amount of time yet the gift that it gives back is so exponential and it touches many lives. It is a gift that provides so many lessons too. You can be downstairs waiting for the lunches, and they’re a little late and you’re in a hurry. Then you go upstairs to the kitchen and see everything that happened before you get those lunches to your car and realize you’re part of something way bigger. It really helps put things in perspective. This is a community, people are making these lunches with love. People are coming together in the community and this love is being bagged and boxed and it’s going out to the kids.” shares Lisa.

“We’re feeding hungry kids. That’s huge. It impacts you. I’ve never felt real hunger, nor have my children, so it’s been an eye-opener to a prevalent issue I didn’t know existed in our city. It’s so worth being involved in feeding hungry kids. Give it a shot, it’s a small commitment with a big impact. We can all volunteer,” urges Val, “the more you give back, the happier you are!” 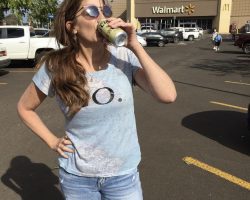 When I Win The Lottery 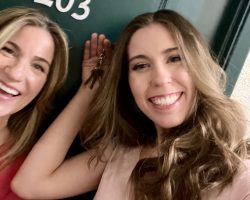 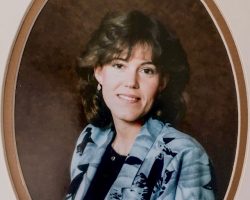 Were They Really The Good Ol’ Days? 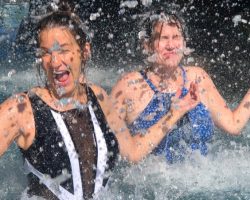 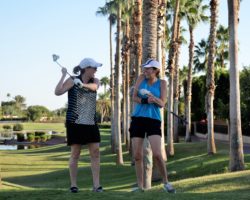 If You’re Cranky And You Know It, Stomp Your Feet 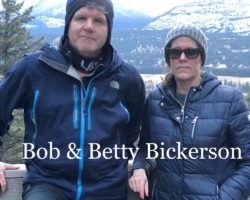 Divorce…The End Of An Error