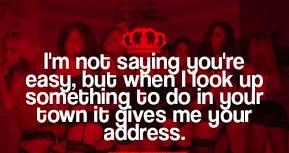 We love Ellen DeGeneres. She’s like a big kid who loves to amuse herself with jokes, pranks and a little healthy competition. Aside from the Head’s Up charades game she helped to create, Ellen’s hooked on a game called Never Have I Ever.

Never Have I Ever is a popular game of statements and answers. The rules are simple. Everyone sits in a circle, with the cocktail or shot of their choice. A person then declares a statement, that starts with Never have I ever…followed by something they have never done. Everyone who has done the statement takes a drink.

This game can reveal some pretty interesting facts about your friends you probably didn’t know. Depending how drunk they get, secrets are spilled and dirty deets are revealed on why they had to take a swig.

It starts out PG rated, but if you’ve got some fun and fucked-up friends, (you know who you are), things are going to ‘go ghetto’ soon enough.

There are four players at this particular gathering tonight.

Stretch out those elbows, and let’s get started…

Round One.
1. Never have I ever: caught my parents doin’ it.
Town Pump saw a parade of “uncles” in the trailer park
Righteous Prude’s parents only did it once. She’s an only child
Palm Springs Barbie’s mother slips into a caftan faster than a NASCAR pit stop
Who’s Friend Is That? had parents who play slap and tickle all over the house

2. Never have I ever: hired an illegal.
Palm Springs Barbie tips one back for Jose
Who’s Friend Is That? has her maid shake up her cocktail

3. Never have I ever: had sex in a moving car, cruising the neighborhood, at high noon.
Righteous Prude’s not moving before noon unless it’s for high tea
Town Pump calls that Tuesday
Who’s Friend Is That? swallows

4. Never have I ever: had sex.
Righteous Prude drinks alone

Round Two.
5. Never have I ever: loved more than I’ve loved myself.
Town Pump drinks for her Rotating Rabbit
Palm Springs Barbie drinks for Prosecco
Righteous Prude loves God more than anyone else

6. Never have I ever: spent more than $1000 on one personal item for myself.
Palm Springs Barbie drains the bottle
Who’s Friend Is That? drinks because you can’t believe the amount of shit she’s bought for a grand
That’s a year’s worth of handy work for the Town Pump

7. Never have I ever: had relations with a married man.
Cheers! Righteous Prude has been married for 10 years
Town Pump wants to know, what’s your husband’s name?
Palm Springs Barbie dipped a toe
Who’s Friend Is That? sips silently

8. Never have I ever: shot a gun in anger.
Town Pump missed on purpose
Palm Springs Barbie has a 24 hour rule
Who’s Friend Is That? is a card carrying member of the NRA
Righteous Prude’s husband tried once, but she made him sit down to pee

Round Three.
9. Never have I ever: peed in the shower.
The group collectively considers themselves conservationists

10. Never have I ever: had sex with more than one person at a time.
Palm Springs Barbie has half a drink because…do brothers count?
Who’s Friend Is That? still calls them friends
Righteous Prude drinks for this one time at band camp
Town Pump shot a par 3, to break 100

11. Never have I ever: woke up to the sounds of the jungle.
This one time on a mission, the Righteous Prude got primal
Town Pump is facedown and shit-faced in the Urban Jungle
Palm Springs Barbie lets out a low growl

12. Never have I ever: bypassed my pharmacist.
Palm Springs Barbie sells Oxy from her Burberry trench coat
Righteous Prude slips up with communion
Who’s Friend Is That? rolls with a scrip
Town Pump’s pharmacist is on speed dial. She always has an STD to treat

After three rounds, Congratulations go to The Town Pump for always being ready, willing and able! I’d shake her hand, but now I know where it’s been. By the way…she’s got fanfuckingtastic stories to go with those answers!

Tunes you should have on your iPod:
Hedley ✿ Never Too Late
Jewel ✤ Foolish Games
All Saints ✸ Never Ever 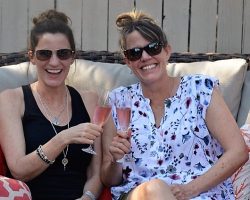 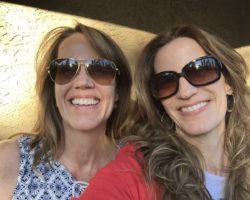 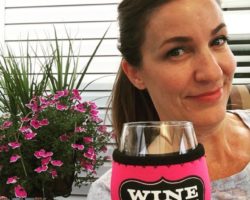 Love The Wine You’re With

Happiness Is Just A Screw Away 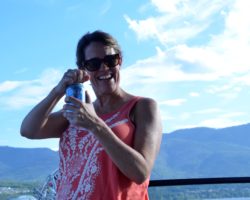